At NG-BE, Belgium’s first Angular conference, Igor Minar announced that Angular 4 is coming in 2017 and also, he presented a tentative schedule for other Angular js releases.

He explained that Angular 1 to Angular 2 was a major shift in architecture and backward compatibility is very limited. Developers either need to rewrite the application in Angular 2 or use ngUpgrade to migrate Angular 1 to Angular 2. But we should not worried about future releases because they like to be more transparent, predictable and incremental. That’s why Angular 4 will be backward compatible with Angular 2.

Most of us thinking why there is no Angular 3 release?

The Core Angular libraries in Github are versioned the same way but distributed as different NPM packages. Due to this confusion, the team decided to go with Angular 4 and skipped Angular 3. However, what we need to understand that these are only versioning and by Angular 5, Angular 6 etc it will be just “Angular”

Why this strategic change?

Of course, they have more partners, books, third party solutions with Angular 2 and they don’t want to deliver a wrong message. This means a lot for developers and businesses as they can fearlessly use Angular 2 for products and solutions and rest assure for future compatibility. I hope this is good for angular community and future.

As Angular consultants, we are happy with this announcement and motivated to moving in alignment with Angular js releases.

You can watch full video of announcement yourself 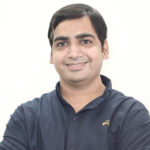